For nearly 30 years Maxine had tried many diets and fitness programs for weight loss, all of which worked in the short term only. Maxine encountered CONTROL whilst on her search and the effect she experienced convinced her to become involved as a CONTROL practitioner.  Having worked for 22 years in Senior positions in Social Care within the public sector, Maxine has extensive experience in supporting others and problem solving across a broad spectrum of diverse issues. Maxine brings a friendly approach to her new career and aspires to assisting others in changing the behavioural patterns that prevent them from achieving their goals.

“I went to see Maxine, because I had been diagnosed as having PTSD (Post Traumatic Stress Disorder); and was constantly stressed out and unable to sleep.

Over our three sessions, all of my anxieties seemed to disappear and I began to sleep again.  My life started to return to normal. Stunning!  Five months later and it feels like I had never been ill.”

“After suffering with extreme afternoon fatigue, due to an auto immune condition.  I decided to see if Maxine could help me, I left my sessions feeling so relaxed,  and marvelously my fatigue is now under control. It really worked.  I had been fatigued 6 days a week, every week, now I rarely get fatigue and if I do, I now know how to deal with it and move it on. I highly recommend Maxine. She's also a lovely lady that puts you at ease."

“Although everyone thought it was a bit of a joke, I was really scared of spiders and had trouble even looking at them on the telly never mind in real life. I was going to South Africa on a rugby tour and was getting really worried about what I was going to do out there as I wouldn't have my Dad to come and get them out of my room. I had 3 sessions with Max and by then I was able to look at them, pick them up and deal with moving them on if necessary myself. It changed my life where spiders are concerned and I would really recommend CONTROL to anyone with a phobia as I really do know what that feels like."

“I contacted Maxine for help as I suffer with anxiety and a very bad fear of enclosed spaces and the dark.

This had been a gradual thing over time that had taken over my everyday life and caused panic attacks, I could not carry on like it, the more I thought about things the worse I was getting. I’m a mother of 3 boys and had tried my hardest to not let them see me suffer, but it has started to happen in front of them!

Well what can I say, Maxine worked wonders with me, I started to feel in control of myself once again.

I decided to test myself after 3 sessions and went to a concert with loads of people and being pretty dark. I felt a little worried at first but remembered all the tools that she had given me, I couldn't believe it, it worked! I started to feel like me again and enjoy myself!

A few months on now and I don’t even think about being in situations. I have the tools that Maxine has given me. She made me feel relaxed happy and understand myself again.

I cannot thank you enough for what you have helped me with." 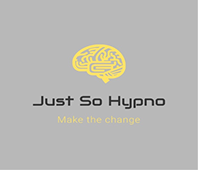